What do you get when you throw boiling water into the air when the temperatures Minus 44 Celsius ? Watch and see flash freeze…..

Just after being sick with a cold for over a month, my Christmas Elf returned this year to help me out in the kitchen to prepare Gluten Free Pie crusts for the mini Apple pies I’m making for my son. Due to terrible skin allergies he has had to give up all gluten.. Please enjoy this bit of whimsy for your post Christmas Day…..

And, if you have a few moments to spare, join my beautiful daughter and I in the kitchen to whip up some tasty treats..

Thanking you all kindly for spending some holiday time with my family, Hugs….

I’m still under the weather as far as the head cold goes, but Winter waits for no one when it comes to having to bring out the snowblower and snow shovels. Friday was a snow storm to prove Mother Nature is boss, no matter how much we as humans think we are. Enjoy these two short videos to see for yourself. Hugs from me to you

There are days when you have so much to get done around the house or yard, but this Monday happened upon me and I was itching to get outside and take a little drive around town. Come on over and sit a spell with me, why don’t you…. wink

Thank you for watching 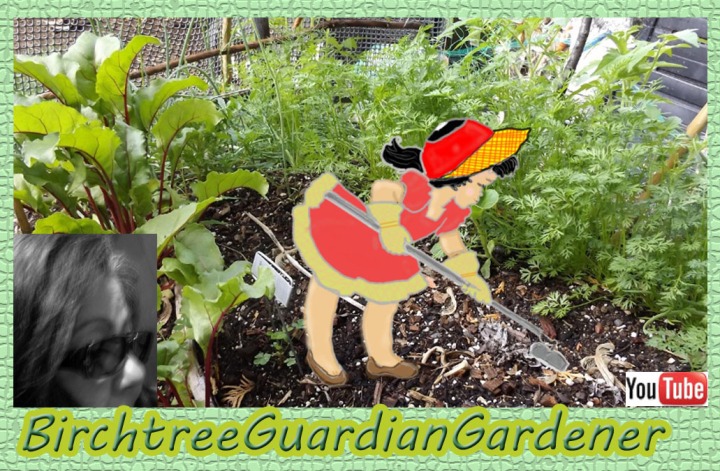 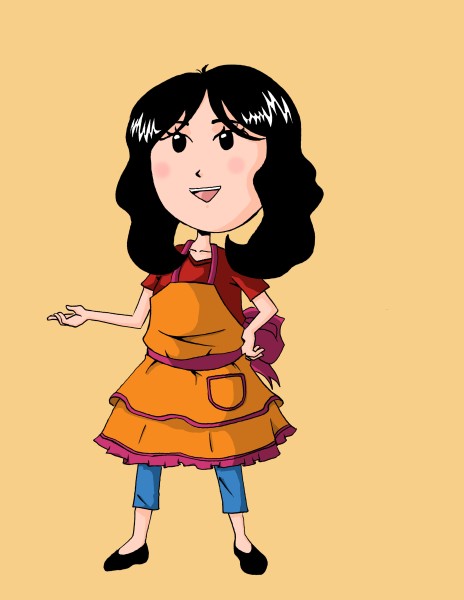 Have you ever found just two lonely apples in your pantry and wondered what to do with them? There are days when I don’t want to eat just an apple, so I transform them into something that will alter their form from fresh off the tree to hot out of the oven..

I jumped on sowing seeds like a mad woman facing another joyous season for gardening in Northern Ontario, Canada back in January ~ where the growing season can be short and stall out at a moments notice due to sudden frost or the dreaded first snows of the Fall season.

This year I’m trying my hands at something a tad new for me. Using the shortness of the growing season to my advantage, instead of just growing what I please and hope for the best. Tomatoes are on the long list of planting out this season, except I’ve opted for the cherry indeterminate variety, instead of the jumbo mega tomatoes I kept trying to get to harvest before the season changes on me.

As I approach 60 I’ve grown tired of running out at night covering up plants to protect them against frost, so I’ve implemented grow covers which will protect the plants from the chill at night and protect as well from the critters and birds. Usually, I plant a lot of seeds directly into the ground only to have the chipmunks and birds as well as the squirrels coming in for a feast, since in their minds I’ve rang the dinner bell pronouncing a delightful treat for them.

I love watching these critters and birds around my yard, and don’t really mind sharing as long as they don’t rob me of all the little pea seeds I plant out. Oh how I adore steaming the tender beans and pea pods freshly harvested off the vines.

I’m trying artichoke for the first time, since I found a short growing variety that says if the seedlings are taken outside in 10 c weather this will trick the plants that it’s been already one year and marching into the second year of growth as soon at the temperatures warm back up. I had no idea that these plants take two years in the ground before you can harvest them.. So, wish me luck with these and join in my journey learning new tricks for this old dog, so to speak…

I’ve also been harvesting French Breakfast Radishes for the past two weeks out of my homemade garden trug on my deck. In March I scooped up the soil in there from last year and placed it in a large tote to thaw out… Just like meat from a freezer… wink

It only took a little under a week and I was ready to admin the soil and begin sowing the radish seeds, and a few pea pod seeds I found left from last years garden. I watched a gardening channel on you tube and found out that if I used two layers of plastic to cover the garden trug the temp inside could reach 70 f or 21 c … Well, with the snow still on the ground and many more snow storms to come I gave it a go and sowed the seeds. I still had lots of leaves from last Fall to also use as a nice little blanket.

Magic began to happen, the soil regulated its self to these temps and the seeds began to germinate beautifully.. I am now eating freshly grown radishes from the garden trug one full month ahead of other years. I do believe that I shall add lettuce to the planting schedule next year around March, along with the radish seeds. This variety of radish is absolutely heavenly to eat, not too hot at all as some of the radish varieties can taste a bit spicy and not good for my ulcers.

Well folks it was snowing again today…The tiny flakes of snow gently fell all afternoon, but fortunately it was warm enough for the snow to melt as soon as it touched the ground. Waiting these last few weeks before I can plant out in my permaculture beds is torture for me.

The beds are all prepped and waiting for me to sow a few seeds. The next two days we still have the chill to the days and evenings. But, after Tuesday the temps will be getting back to the higher single digits.. That might not sound good to you where it may be warmer, but for us here anything higher than minus numbers is springtime.. Just have to be weary about the frost at night.

My radishes and peas are all happy little plants inside of my covered garden trug, and the birds are out in force today after the heavy rain we had yesterday. Below, is a little treat for you .. Thank you for watching my YouTube video.. hugs

My little homemade garden trug was finally able to be un covered from the two layers of plastic that has been protecting my little radish seedlings. The peas were dancing around inside of there and if vegetables could sing they would have been loud and joyous.

Today I made a trip to my local gardening center to purchase 10 bags of soil to top off my permaculture beds that had a topping of cow and sheep manure mixed with the soil, along with the Fall leaves to over winter. Oh I have great plans for this years garden and I just know it will be marvelous.

There is just something magical about being able to get outside and play around in the dirt again, and in a few months harvest the goodness that grows in a garden. That first bite of a happy orange carrot, freshly plucked from the garden and then steamed for dinner is heavenly.

I’ve been growing lettuce inside over the winter and have been eating salads from it as well as using my oregano after I dried it in sauces and stews. When I take the fresh dried oregano and rub it between my fingers just before dropping the herb into a pot of soup or stew and I can smell the goodness of the herbs as the pot simmers on the stove… There is just something special about it.

All my troubles of the day are magically wiped away and I’m smiling inside and out.  But our winter is not fully over yet, they are calling for snow on Sunday ( 5 cm) Oh well, come on May 24th ~ Our last frost date…

Spring….is such a delightful word that can contain many different meanings. The time of year is my favorite definition for the word, Spring. Especially coming out of a long and cold winter full of shoveling daily to keep up with all of the white stuff.

But, spring also can mean a spring in your step. For me meaning I’m almost skipping outside to visit my yet to be planted garden for this season. Even, my pup appears to have a spring in each of her tired, old four paws. You see she is aging and it is beginning to show in her movements ~ Almost, mirroring my own hobbles around on those certain rainy cold days of spring.

How about that trusty mattress that you bought years ago, and loved every night breaking it in just to your liking. But, as with breaking in a nice new pair of shoes or pair of jeans, just about the time they are broken in to your will, they will begin to fray or become airy as is my old tennis shoes .. Who have by the way never seen a tennis court, since I’ve bought them just for the comfort…Remember that mattress well springs tend to creak and crackle with age same as my pup and I …

This early spring has been unlike most of the 34 other springs I’ve experienced since immigrating up to Canada from Florida. It’s been really early.. by a month or more!

Mother Nature also must have a spring in her step as well with all the the flooding happening in the United States and in Canada. The rains came and someone forgot to turn off the taps. I wonder what type of water bill good old mother nature will owe?

Excuse the shaky parts in the beginning of the video, the winds were thrashing so fierce they were throwing stuff at my face.. oops…But, the rest is pretty smooth…